This handout photo from KFC shows Colonel Bob Thompson, center, a Col. Sanders look-alike and spokesperson for KFC from Lawrenceburg, Ky., as he greets the camera at the opening of the second American Idol auditions Monday, July 21, 2008 in front of the Kentucky Fair and Exposition Center in Louisville, Ky. Col. Bob, in the crowd to promote KFC by asking Idol hopefuls to do a chicken dance, was asked by the producer to introduce the Louisville audition. (Photo by Brian Bohannon) 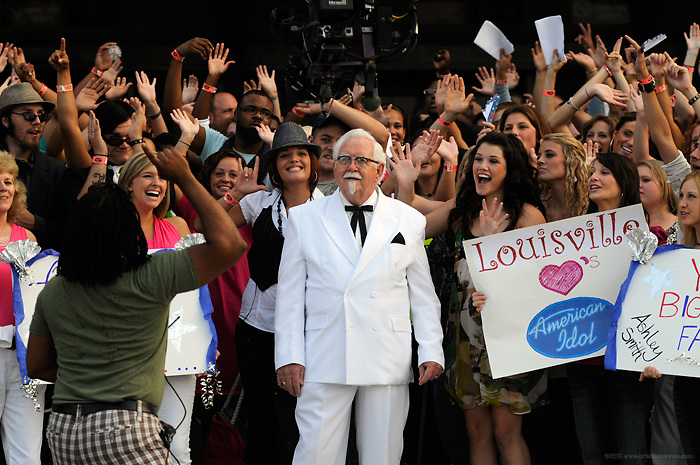